It’s been a big week. Some highlights:

However today I’m excited about this: a new vegan food truck is stationed a block from my house!

Hella Vegan Eats (also on Facebook), which does catering and hosts vegan pop-up brunches in the area, has a new food truck, stationed in Dolores Park for the weekend. 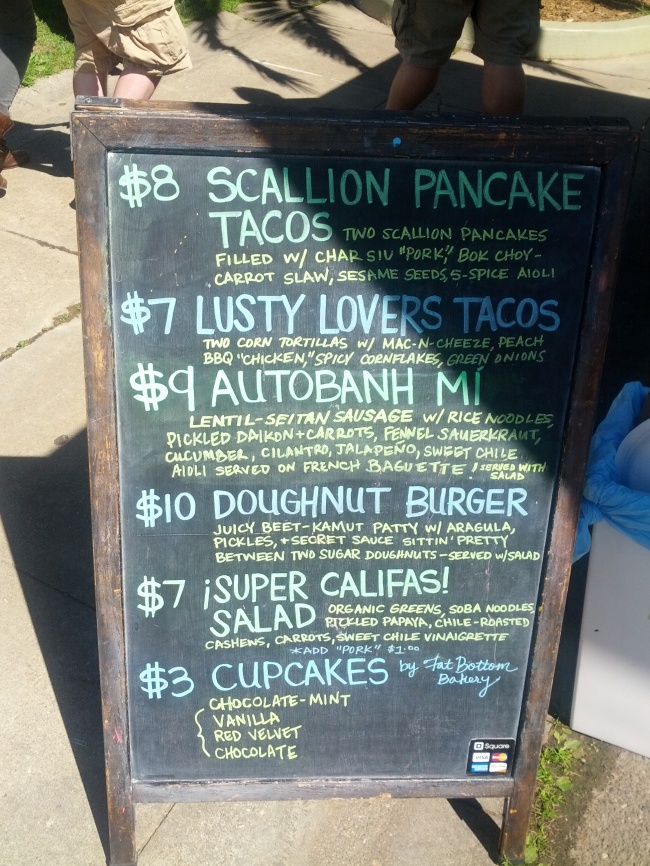 We tried almost everything: the Scallion Pancake Tacos (our favorite!!), Lusty Lovers Tacos (also good!), the Donut Burger (see below), and a chocolate cupcake.

Here’s the donut burger, in all it’s umbrellaed glory: