Tempeh manis is a somewhat sweet preparation of tempeh (fermented soybeans), and is one of my favorite dishes from a trip to Indonesia a year ago. I’d been looking for a good tempeh manis recipe, until an Indonesian coworker pointed my girlfriend and I at the recipe on The Little Teochew.

The recipe is essentially the following: 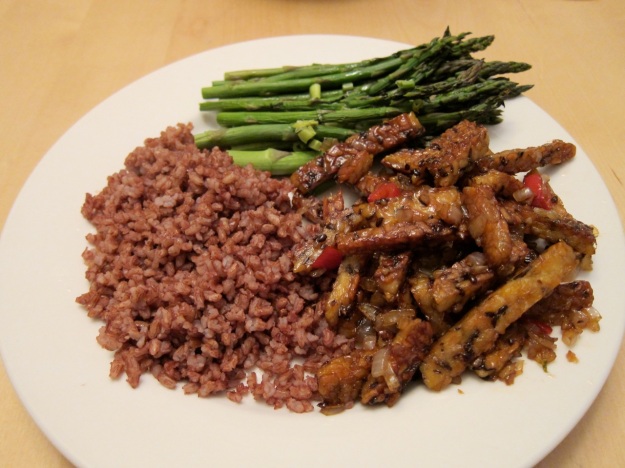 There was one hard to find ingredient in there: kecap manis (alternatively, “kicap manis”, or “Indonesian Sweet Soy Sauce”). The nearest Asian grocery store to me, Duc Loi in SF’s Mission district, didn’t have it, despite an aisle of sauces from various Asian cuisines. I tried a few places in the Richmond, until striking gold at New May Wah, which has a large Indonesian section, including an entire row of kecap manis sauces. 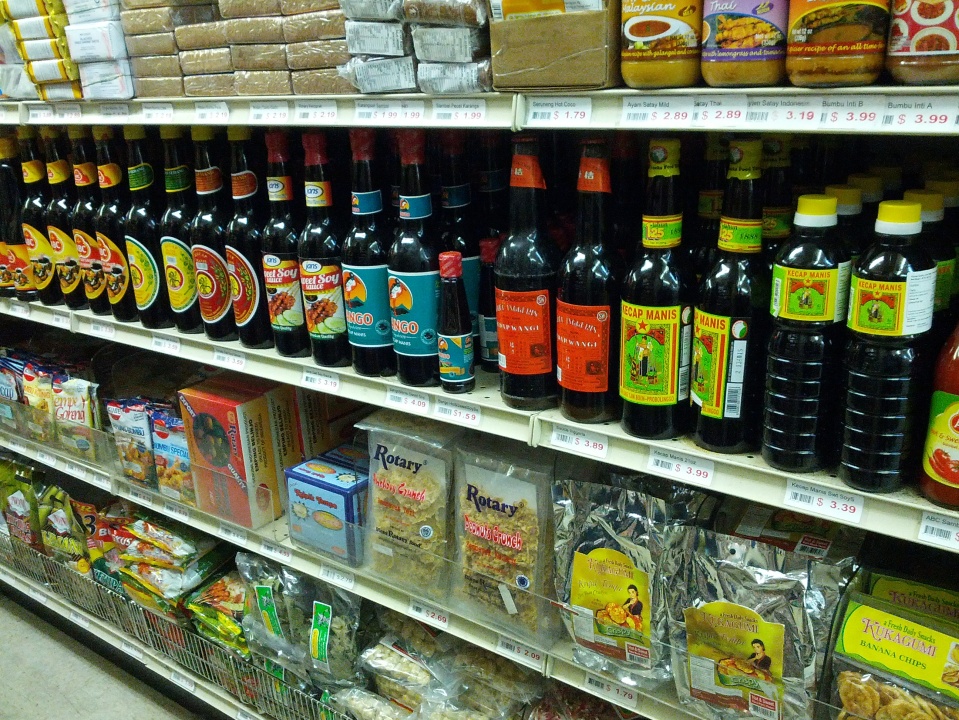 The turning point: every bottle pictured is kecap manis. 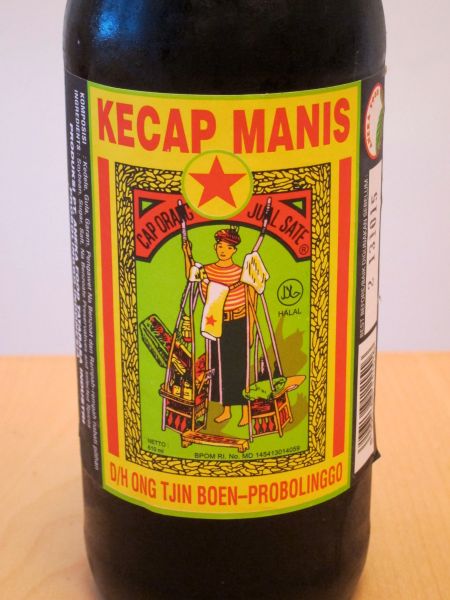 I’m not entirely clear on what this stuff is. The ingredients are listed as: “Soybean, sugar, salt, NA benzoate preservatives and selected spices”. I’d describe the taste as being similar to molasses with a hint of soy sauce. It’s pretty tasty though, and gives the tempeh a nice color.

I’m also told that some people see the use of kecap manis as cheating, so assumedly there is a longhand version of this recipe that produces something similar without using kecap manis. For now I’m pretty content to stick with this version.

This dish is on the sweet side for a main, and is often served as an appetizer in Indonesia. We use it as a protein from time to time, but if you’re sensitive to sweet foods you may want to go easy on the sugar, or have smaller portions as a snack.

Update: The Great Dorset Vegetable Experiment has a recipe for making Kicap Manis! Fascinating. If we continue to make this, we’ll have to try that sometime. Although for the time being I have a ton of the store-bought stuff.